Australian art on Australian made cards. Perfect for a note, a wish, an appreciation. We are grateful to support Australian creativity. #shoplocal #art #localart #creativity

We are grateful to offer these cards featuring indigenous art. They are perfect for a note, any note, to someone you care about. #cards #love #care #hope #art

newsXpress ran this creative writing competition in 2020 to offer writers and aspiring writers an an outlet. This is the winning entry in the adult category, winning $1,000 for Chris.

The smell of newsprint and poached eggs on toast
Remind me of my childhood the most.
Those weekend mornings where my Pa would sneak down to the newsagents
To get the paper to see who the hatches, matches, and dispatchers are.

Then as I grew up my Dad and Pa would send me to the newsagency in my wheelchair
For my first taste of independence from my disability.
I would drive straight to the martial arts magazines and dream of one day being on the front cover
So the bullies at school would stop being mean.

I would stare at the news headlines and hope
That I would be on the front page one day as a star
And people would marvel that someone with a disability had come so far.
I would go to my local newsagents and buy four copies for my family because they are just so proud of me.

The local newsagency has meant so much to me and the community
For some it keeps them in touch,
For me it brought me independence, and
Breaking News: Personal Agency.

newsXpress ran this creative writing competition in 2020 to offer writers and aspiring writers an an outlet. This is the winning entry in the 17 and under category, winning $1,000 for Jayda.

THE BACK DOOR. by Jayda Tram

Allison paced around the store, running her hand along the soft fur of the teddy bears, the glossy texture of the magazines, the thick wood of the shelves, and breathed in the strong newspaper scent. Kelly, her best friend, walked closely behind her, picking out pens and other knickknacks for herself. The newsXpress newsagency had just opened, and the two had decided to come and pay a visit, not exactly expecting it to be as enticing as it was.

“Allison, how much longer are we going to spend here?” Kelly frowned beneath her thick black bangs.

Allison pretended not to hear her the first time, but after a hard nudge she turned quickly and replied.

“Just wait, the shop is about to close soon anyways.”

Kelly huffed, but still continued to look down at the many shelves. They did another lap around the shop, just in case they missed something before the newsagency slowly emptied, and only they remained in the shop.

“Come on, we have to go now,” Kelly hissed to her friend.

Allison brushed her off and strode over to the cashier, who was a pretty brunette woman. Her eyes were a hazel colour that sparkled slightly, and she had amazingly high cheekbones. Her shiny nametag read Rylie. Allison dumped out everything in her full hands, from stationery to cards, magazines, mugs and a list of other novelties. The pretty cashier promptly scanned everything and then gave them back in a large paper bag. Kelly walked up and placed her items down on the counter, however Rylie didn’t seem to be paying attention anymore. She was in a trance, blinking rapidly into the distance after a loud noise caught her attention. Kelly and Allison exchanged a glance, but Rylie had already stopped, as if it never happened. The Back Door

“Sorry about that. If you wouldn’t mind, I have to go out to the back for a second,” she muttered quickly.

They both nodded and she turned and hurriedly walked to the back of the store. She fumbled with the keychain around her neck, and struggled to get the keys into the handle. Rylie zoomed behind the door in a flash, before either of the girls could see anything. They stared after her as they waited in silence.

“What do you think she’s doing?” Allison murmured.

“I don’t know. She’s taking so long,” Kelly scowled back.

“Should we go and call her?” Allison suggested feebly.

Allison huffed and turned the other way, slowly counting the minutes.

“You know, maybe we should go and get her,” Kelly finally said softly, with red heating her cheeks.

Allison made no effort to reply, but instead, just walked down to the back. She turned the handle slightly, but didn’t open it.

Kelly nodded with her eyes as large as saucers. Allison swallowed, then slowly twisted her hand against the cold plastic until it clicked open, before pulling the door out… The Back Door

Instantly, a flash of light burst out and they both were thrown back aggressively. Blinded, they both shielded their eyes with a groan. Kelly was the one to open her eyes first, and a gasp escaped her mouth before she could loosen a breath.

“Allison, are you seeing this?” she breathed

Allison cried out, but turned over and slowly blinked. Her jaw dropped to the floor immediately.

Behind the door lay not a back room, but rather another world. Crystal skies with hues of pink and blue lay behind fluffy, angelic clouds. Grassy aqua hills stretched further than the eye could see, a forest of trees that were so lush and vibrant extended to the right, while waterfalls poured pure green water beneath flower fields of every colour on the left. A town was nearby, with small, but perfectly crafted wooden houses, decorated with lanterns, carvings and vines. Shops sold flowers, strange liquids, meats, lush greenery, odd house décor and delicate silk clothes. But the most notable thing were the people. They couldn’t be human; they were too perfect. All like Rylie, with their perfect faces and beautiful silky long hair, smooth skin and gracefulness. All behind the door.

She stood up and immediately ran to the doorway, but shouted as she was thrown back by an invisible barrier. She rubbed her head in pain. Suddenly, smooth voices echoed and Rylie appeared, walking beside an ethereal looking woman with the longest black hair and midnight eyes. The girl suddenly looked up and stopped as she saw Kelly and Allison through the door. Rylie saw them, her eyes widening and without hesitation, ran to them and slammed the door. The light was blocked out, and everything around suddenly seemed dull and dark. Kelly and Allison stood silently, staring up at Rylie.

“What on earth?” Kelly blurted.

Her mouth was quickly covered before she could speak. She struggled to rip Rylie’s hands off as she thrashed. Allison ran to open the door again, but the second she touched the handle it glowed red hot and stung her hand. She jumped and went back over to Kelly.

“Is that real?” Allison screamed.

“That is a doorway to my world, which is very real. You guys-” she trailed off and went very red.

“No, this a newsagency.”

“Yes, but that’s a gateway. You know… just come with me.”

Rylie walked over to the doorway and flung it open without a breath, the light blinding once more. She stepped forward and ushered the two girls to come. Allison and Kelly exchanged a glance, but slowly stepped together. This time, there was no barrier, and they landed on the soft grass. With a gasp, they looked around. This couldn’t be real, it couldn’t… What a newsagency this was.

Congratulations to Jayda Tram and Chris Van Ingen, the winners of the newsXpress creative writing competition for 17 and under and open age groups respectively.

We are grateful for the many entries received of short stories and poems. They were a delight to read, making the judging challenging, and taking longer than we expected.

Jayda’s piece, The Back Door, was a wonderful short story will of wonder and fantasy. What a treat.

Chris’ poem, Breaking News Agency, was inspiring and heartwarming, connecting with hopes and dreams, which can become a reality.

We have contacted both winners to arrange the $1,000 prize they each have won.

We apologise again for being a few days late in announcing the winners.

They have the best range out of all retailers.

They can help you write on the card.

They provide a friendly and safe shopping space.

They are local, living in your community.

Shop for Valentine’s Day cards at your local newsagency and you are shopping with a local friend. 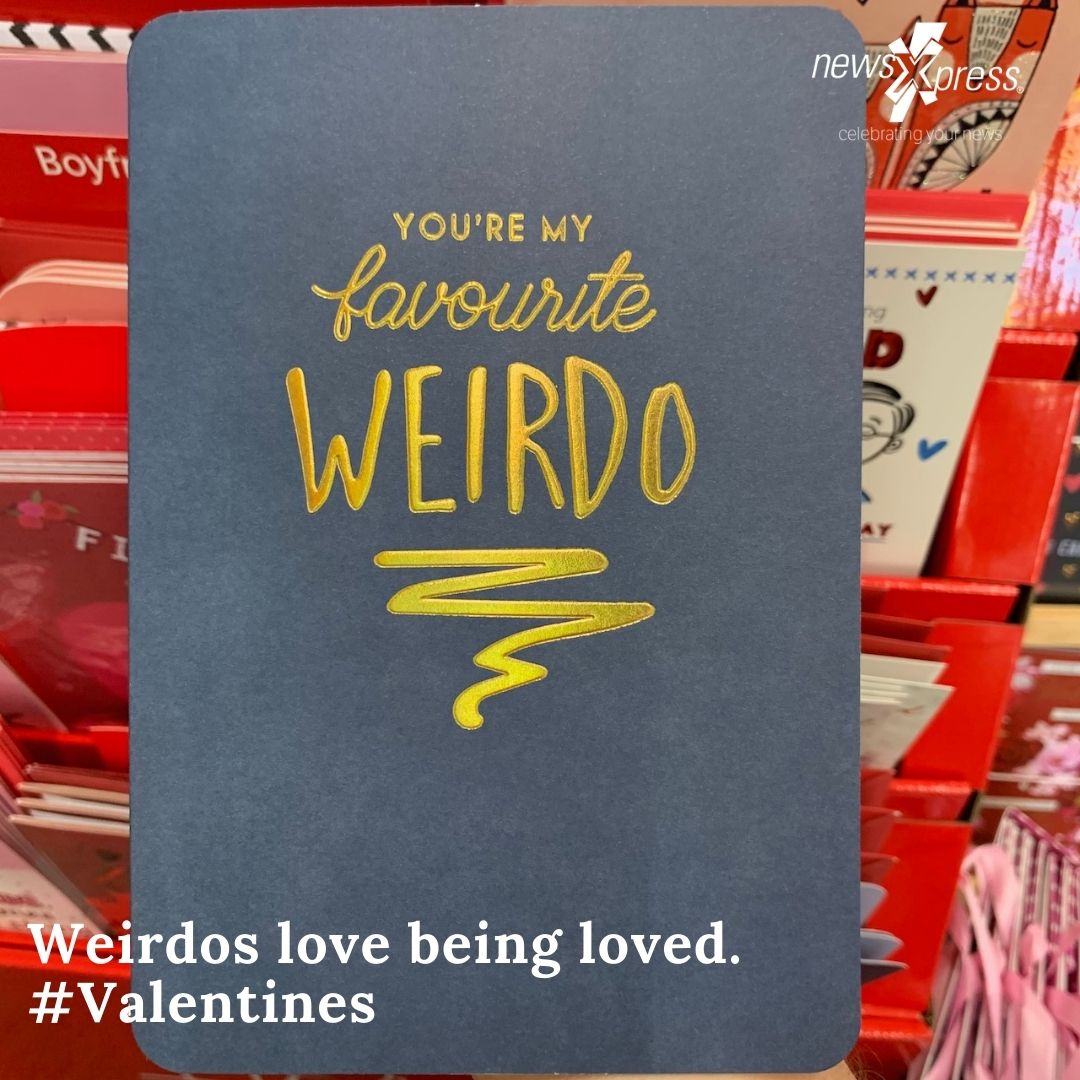 Your local newsagency is an easier place to shop for Valentine’s Day cards. They give you space to shop in your own time, at your own pace, how you want.

In your local newsagency, the staff can help you choose a Valentine’s Day card. They know all about good old-fashioned customer service. Tell them what you need and they can make some suggestions. At a supermarket counter this is challenging.

The thing about Valentine’s Day cards is that while it is a commercial season designed to get you to buy a card, or two, for which we thank you, it is an opportunity to add a keepsake your loved-ones will cherish for many years.

Think about your Valentine’s Day card purchase in that way, as a keepsake they will cherish for many years. They even hand on to the odd cards, the dad-joke type cards. 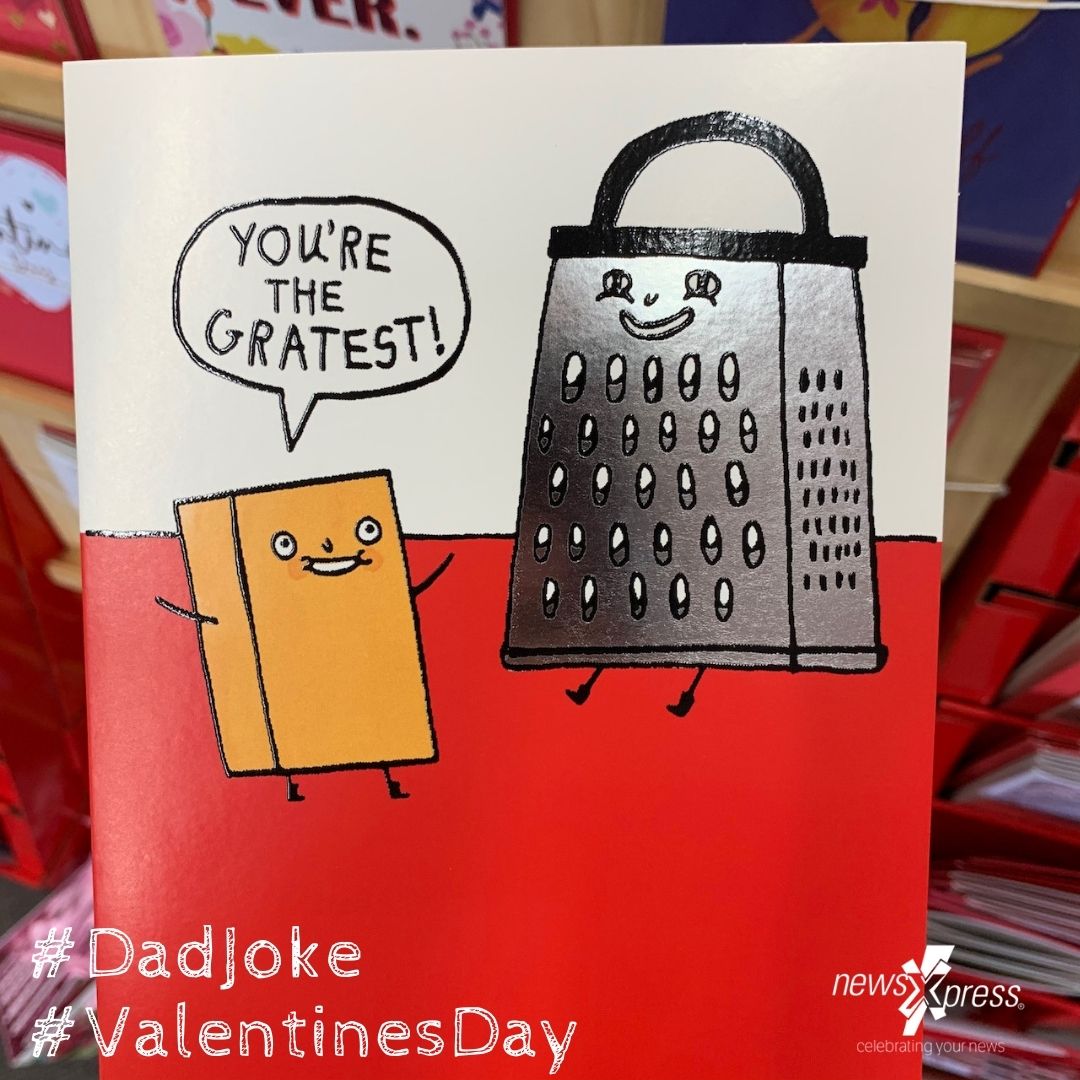 Newsagents are more likely to have the cards that will provide for better memories as they have range.

Fun fact: newsagents will sell more Valentine’s Day cards in 2021 than any other retail channel in Australia. 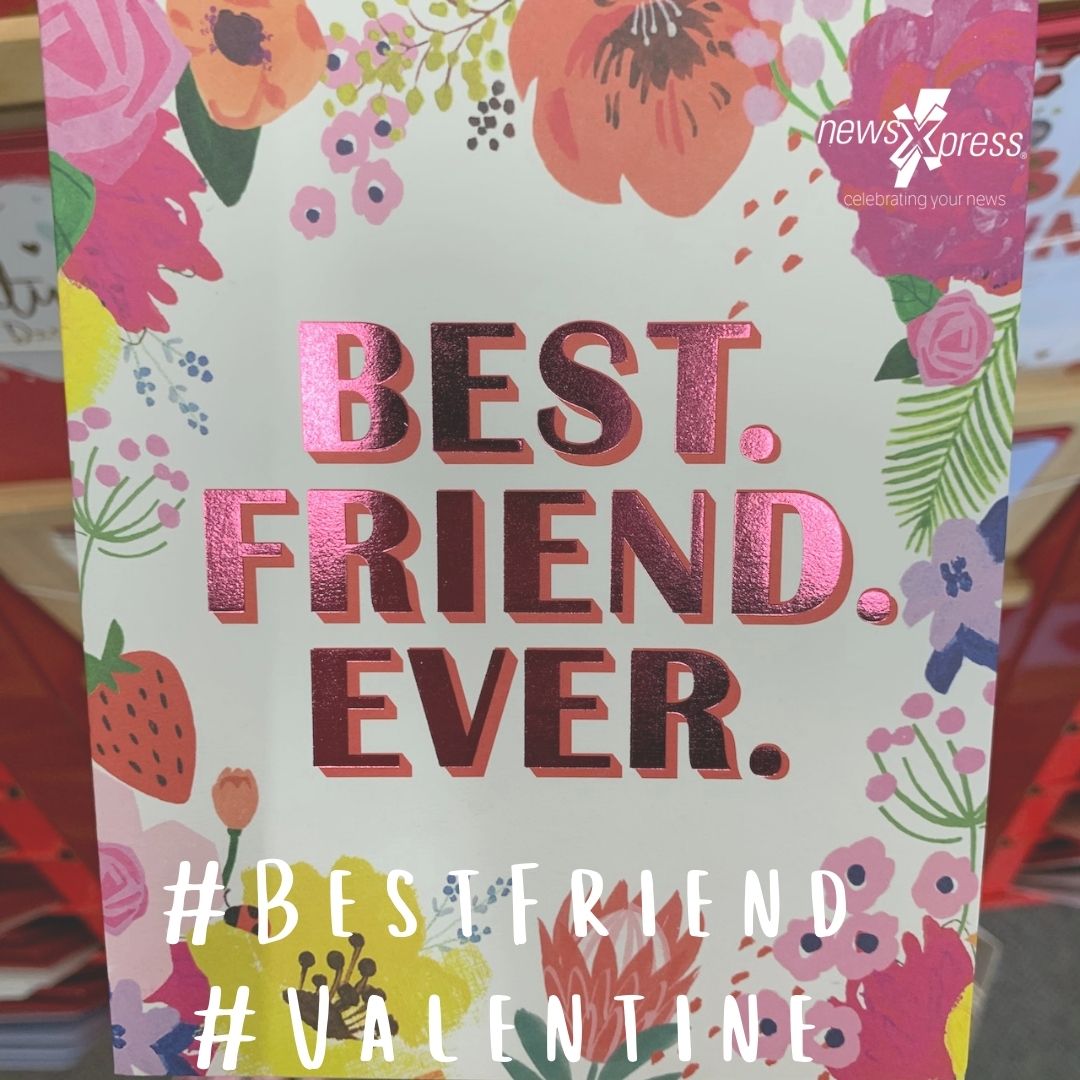 For Valentine’s Day cards in 2021, shop your local newsagency and see for yourself how this local Aussie retail channel makes a difference in lives and communities. See how relevant newsagencies are today for cards and more.

While there are plenty of retail businesses selling Valentine’s Day cards, your local newsagency is the best place to shop. Go! 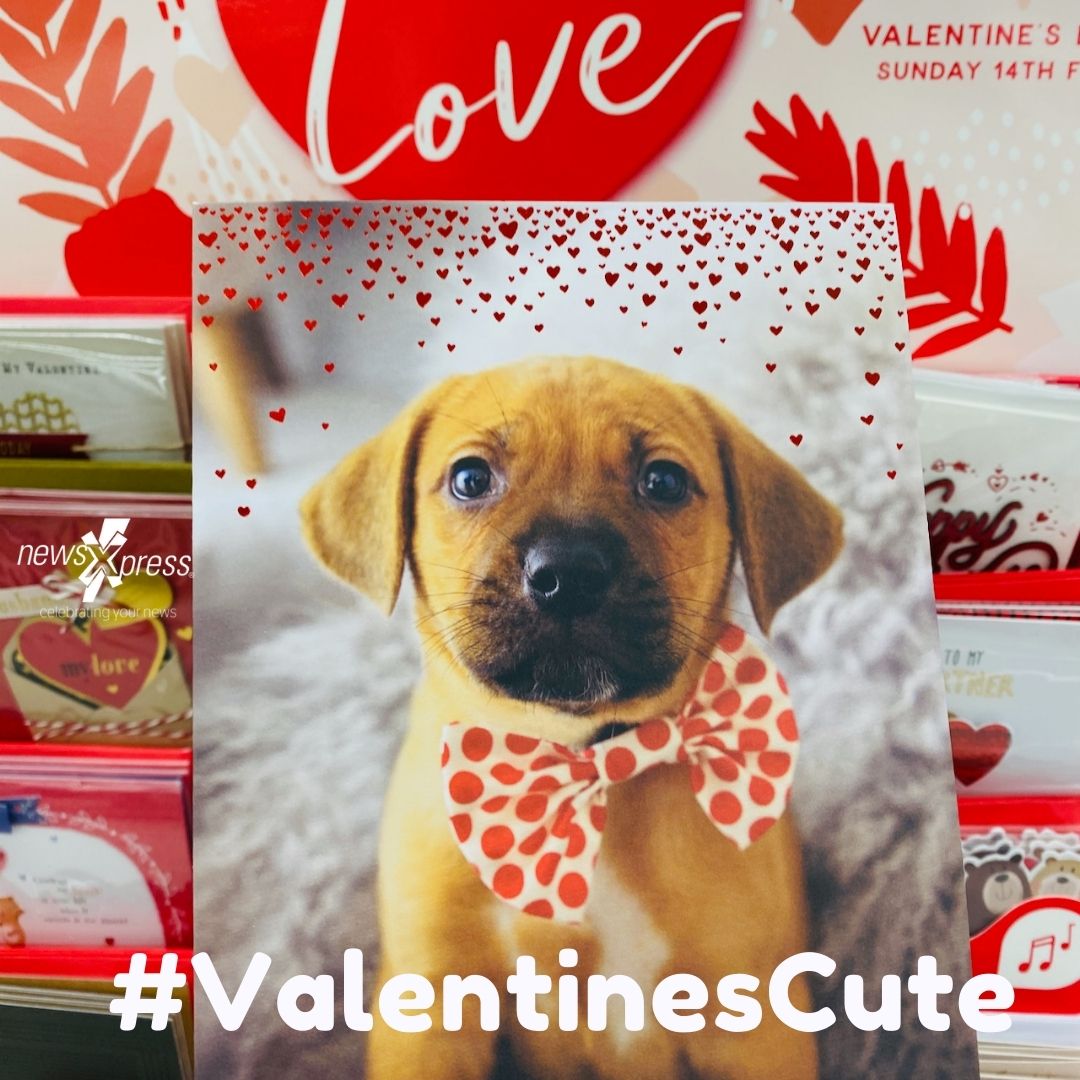